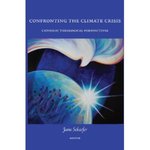 Can theologians respond meaningfully to the overwhelming scientific evidence that human activities are accelerating the temperature of Earth and adversely affecting people, other species, ecological systems, and the biosphere? Members of the Catholic Theological Society of Americas Interest Group on Global Warming have dug deeply into the biblical to contemporary traditions, reflected systematically, and produced seventeen original essays that demonstrate fruitful ways in which to approach the climate crisis so that current and predicted effects may be mitigated. Framing these essays are an overview of basic scientific findings that compelled this group effort and statements by the United States Conference of Catholic Bishops and Pope Benedict XVI.

Creation and covenant in the theology of the apostle Paul / Annemarie S. Kidder --

Ecological hermeneutic of Col 1:15-20: a panentheistic proposal / Vincent A. Pizzuto --

On knowing oneself in an age of ecological concern / William C. French --

Teilhard and the limits to growth: the evolutionary dynamic toward 'ultra-humanity' / Richard W. Kropf --

Climate change and the theology of Karl Rahner: a hermeneutical dialogue / Denis Edwards --

Solidarity, subsidiarity, and preference for the poor: extending Catholic social teaching in response to the climate crisis / Jame Schaefer --

Buy this Submission
Find in your library